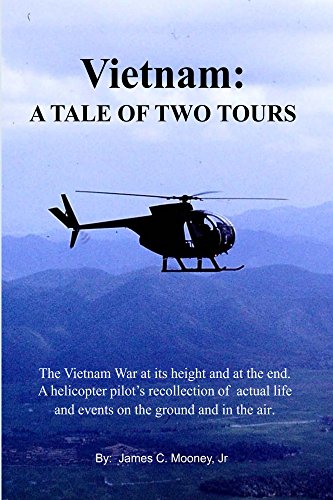 An Army helicopter pilot's memoir of his two tours in Vietnam - one at the height of troop strength in1969 and one at the very end in 1973. This is a detailed description of what he personally experienced in the air, on the ground, the Cambodia Invasion, tactics, leadership, and how he lived during his first tour in the Central Highlands while assigned to and flying for an Infantry Division. The second tour was in the Saigon area with an Air Cavalry Troop and recounts life at the final months of the War, the final cease fire events, prisoner exchanges, life in Saigon, the final flight of combat troops to leave Vietnam, and the end of American combat operations and involvement. For those who want to know what it was like to be there -- without the hidden agenda, embellishment, or hype normally associated with the Vietnam War