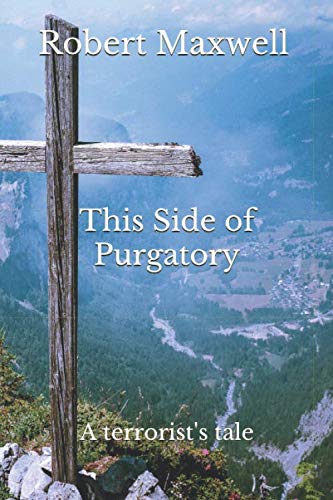 This Side of Purgatory: a terrorist's tale por Robert Maxwell

Titulo del libro: This Side of Purgatory: a terrorist's tale

Robert Maxwell con This Side of Purgatory: a terrorist's tale

Reseña del editor When finally released after twenty years in Ulster’s H-Blocks, convicted IRA terrorist Michael O’Malley (Mikey) discovers long-hidden aspects of family history that start him on a painful physical and spiritual journey of reconciliation. This culminates in finding absolution at the hands of his own victims on a hilltop in Bosnia. THIS SIDE OF PURGATORY is a terrorist’s tale about his search for forgiveness. Once freed from prison, Mikey is quickly overcome by growing pressure to find himself a future. Chance conversations and confessions make him realise the betrayal that his acts represent to the memory of his parents’ actions and beliefs and of their work to expose the anti-Catholic apartheid still prevalent in Ulster in the 1960´s. The discovery of some old photos and of Sack, his father’s rucksack, gives him an excuse to flee the grimness of Derry for the sunnier climate of Spain, and from there on to France and eventually Bosnia. Mikey embarks on a pilgrimage of sorts, a physical journey of self-discovery with the rapacious Croatian “Rafa”, whose own experiences during and after the Balkan Wars serve as a mirror in which Mikey can examine and resolve his own sins and crimes. As he emerges from sheer ignorance through recognition, contrition, confrontation and finally after many ordeals to confession and absolution, Mikey’s progress is set in detailed historical contexts that takes us from the Civil Rights marches in Ulster of the 1960s, to the horrific sieges of Vukovar and Mostar in the Balkan War of the 1990s. His final confrontation with his past and his subsequeconversion in Medjugorje is the final stage of a latter-day Pilgrim’s Progress.